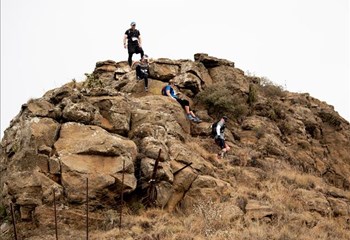 The organisers of the Trappers 4 Peaks Mountain Challenge have confirmed that the athlete who lost his life when tragedy struck at the popular 2019 race is Phillip de Wet.

De Wet allegedly collapsed on the Free State route only 1km from the finish line on Saturday. The organisers, including Bloemfontein Courant who is a media partner, and Moolmanshoek Private Game Reserve amongst others, have since expressed their condolences and described De Wet as an exceptional mountain runner.

The exact details surrounding the incident are yet to be confirmed. The organisers said in an earlier statement that paramedics were immediately dispatched and treatment administered although they were unable to stabilise him. General Manager of Mahareng Publishing, Christel Basson, has meanwhile sent her heartfelt condolences to the De Wet family.

The cause of De Wet's death has not yet been confirmed.

The Good Morning Breakfast: The Money For Nothing Quiz 13 July
Posted on: 13 Jul 2020
READ MORE