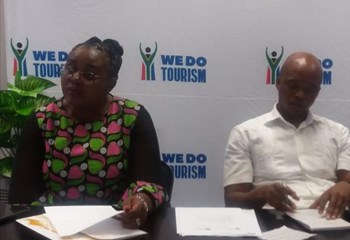 Lekwene began by acknowledging the importance the Northern Cape's historical landmarks but states that proper plan and focus will be needed to be one of the most visited provinces in the country.

He added that this can be achieved through education and skilled labour being properly practised. According to the Lekwene, 29.7% of young people live in poverty and graduates are roaming the street - slowly reaching the poverty lines. He urges the community to be diverse among themselves and create opportunities within their required sector.