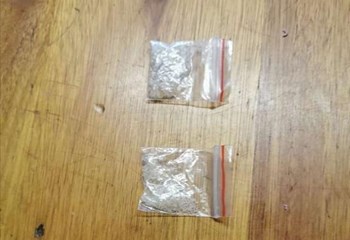 PHOTO: Supplied
Gauteng police have yesterday arrest a learner at Sapphire Secondary School in Bophelong near Vanderbijlpark, for selling drugs at school.

The arrest follows after Crystal meth - which he confessed to selling to fellow learners on the school premises, was found in his possession.

The learner later took the police to a house in Bophelong, where he claims he collects the drugs from.

The police, however, did not find anyone at the said house, but investigations continue.

Furthermore, in a separate incident, the police have discovered a vehicle chop shop in a plot in the Vaal, which is suspected of dealing with hijacked vehicles.

The vehicles are believed to be worth more than R4 million. The Gauteng Department of Community Safety's communication officer, Hlulani Mashaba, has confirmed the arrest to OFM News.