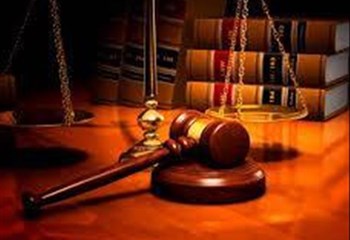 North West policing efforts to fight the scourge of violent crimes including rape, robbery and assault in the province seems to be yielding positive results.

This as the Lichtenburg Regional Court this week sentenced a 28-year-old man, Lentikile Tau, to 30 years imprisonment for all said crimes.

Police spokesperson, Sam Tselanyane, says the convicted rapist gained entrance to a house through a broken window and assaulted a 48-year man with a spade. He then raped the victim’s wife repeatedly. Following the violent attack on the couple in the early hours of 5 May 2017, Tau robbed them of cash and fled the scene on foot.

Tselanyane adds that Tau was arrested six months after the incident and was slapped with at least four charges including, rape, robbery and assault. He was found guilty on all counts.

“It came out during the proceedings that a couple, aged 48 and 37, was asleep when Tau entered their residence through a broken window at about 04:00 on Friday, 05 May 2017 at Extension 5, Tlhabologang Location in Coligny.

“It was at that point that the man became aware of strange noise and went to investigate. Unfortunately, he was confronted by the accused who assaulted him several times with a spade, while demanding money,” says Tselanyane.

During this attack, he left the 48-year-old man lying unconscious and went for the woman whom he repeatedly raped without using protection. Tau was found guilty on all charges and sentenced as follows:

Count 3: Assault with the intent to do grievous bodily harm - 2 years imprisonment; and

The court ordered that all sentences imposed will run concurrently. Furthermore, the accused was declared unfit to possess a firearm in terms of section 103 of the Firearms Control Act, 2000 [Act No. 60 of 2000].

Meanwhile, the Provincial Commissioner, Sello Kwena, has lauded the police work around their investigation which led to Tau’s arrest and conviction. Kwena also applauded the Investigating Officer, Sergeant Thabiso Molefe and all those who were involved in the investigation of the crimes.

He adds this comes at the time when the country is commemorating Women’s Month. “The police will work tirelessly to ensure that perpetrators of Gender-Based Violence are brought to book.”

In conclusion, he urged members of the community to work together with the entire criminal justice in the fight against the scourge and to be vocal about crimes committed against women and children.