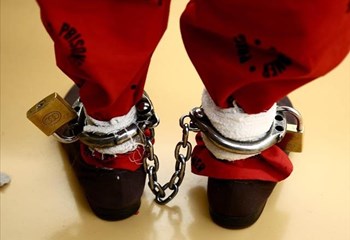 A 40-year-old man is finally experiencing the full might of the law in the Free State's Bethlehem Magistrate Court on Friday, for a crime committed more than a decade ago.

Thapelo Mokoena is facing charges of murder, attempted murder and escape from custody in connection with a 2004 farm murder at Dankbaardheid Farm in Bethlehem. Provincial police spokesperson, Motantsi Makhele, says Mokoena escaped from the Makwane Police Station in July 2005 - a day before sentencing – and has been on the run since then.

But, he was finally arrested again on Wednesday, in Gauteng.

Mokoena and his four accomplices attacked three victims on 23 August 2004, where Johanna Van Niekerk and Tororo Elias Tsholo were fatally shot and a third victim was left seriously wounded. Makhele says they were all arrested whilst trying to flee the scene, after police were alerted by the injured victim.

Provincial police commissioner, Baile Motswenyane, has meanwhile expressed gratitude towards the Investigating Officer and all public members who have played a role in Mokoena's re-arrest.