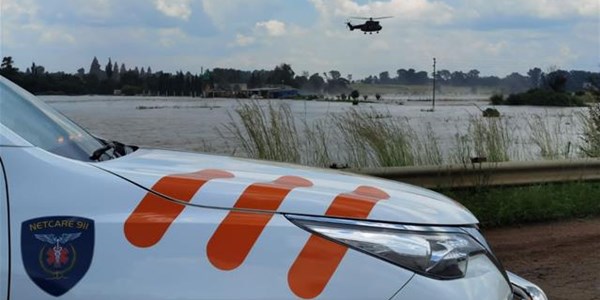 At 10:04 Saturday morning Netcare 911, along with multiple other emergency services, responded to a flooding incident at Loch Vaal in Vanderbijlpark.

Reports indicate that localised flooding had occurred after heavy rains over recent days.

Emergency workers were unable to successfully move an elderly couple who had become stranded at there home.

A South African Air Force Oryx helicopter was activated to hoist the couple to dry land where they were found to have sustained no injuries.