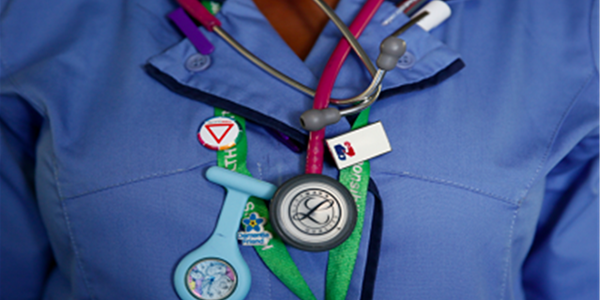 The chronic shortage of nurses has become detrimental to the current state of affairs at hospitals and clinics.

In addition to a shortage of frontline workers, there has been an insufficient supply of PPE to nurses at clinics across the Free State, adds Thole. Nurses are being forced to reuse the KN95 masks for longer than its lifespan allows, says Thole.

PSA spokesperson Lynsie Pelser says that the message they received announced a backlog at the South African Nurses Council, which leads to increasing unemployment among nurses. Their frustration stems from consistent empty promises by the government, stating that nurses would be remunerated for their tireless work, says Pelser. However, they have been waiting since April last year.

OFM News is awaiting a response from the Free State Department of Health.

Thole says that they have received verbal reports stating that the concerns raised will be addressed. He goes on to say that Denosa has received blueprints that document the employment of compliance officers at all medical facilities to regulate the use of PPE. However, some facilities do not even have occupational health nurses, even though they have been funded for by the government.

Thole tells OFM News that the necessary PPE that has been provided in those clinics are not always of useful quality for frontliners. He says that upon his visit to the Katleho District Hospital in Virginia, Free State, he found that compliance measures were not enforced nor adhered to. Both union bodies conclude by reiterating their frustration with the government's continuous inability to protect the frontline workers as they battle Covid-19.