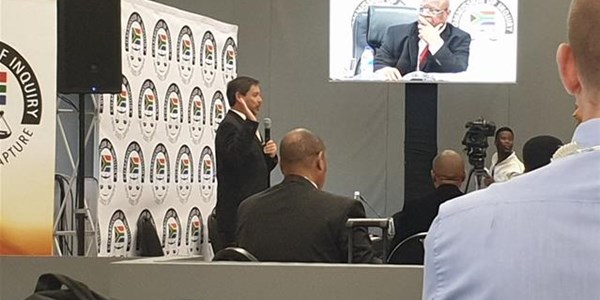 The DA in the Free State says the province is still dealing with the legacy of former Premier and current ANC Secretary-General (SG) Ace Magashule.

Speaking ahead of the State of the Province Address (SOPA) on Tuesday, the DA Leader in the Provincial Legislature, Roy Jankielsohn, says the province is dealing with ripple effects of corruption, allegedly since Magashule’s tenure. However, Jankielsohn says Premier Sisi Ntombela has failed to address the plight of fraud and corruption in the province. He says they know that corruption is still rife across municipalities and various departments. Jankielsohn says this, despite Ntombela making a representation to the Zondo Commission on state capture by a group of companies who allegedly have a monopoly over tenders.

“So, the problem is that since Sisi Ntombela became premier, we haven’t seen an improvement in the situation. We know that corruption is rife within our provincial government and in municipalities but the Premier is silent on the whole issue of corruption. We also want to know from the premier if she knows of any irregularities or corrupt activities and whether she has reported this to law enforcement agencies,” he asks.

Jankielsohn says the province is still dealing with the legacy of Magashule’s regime. “Not only during his term of office but also during his term as Secretary-General (SG) of the ANC where the government is being controlled remotely through the ANC’s policies," Jankielsohn added.