Emotions ran high on Friday in the Free State High Court between the State and lawyers representing the accused in the Estina or Vrede Dairy adjacent case, where R25 million was allegedly looted and stolen.

Lawyers representing the accused, including Iqbal Sharma and former Free State accounting officers in the R25 million feasibility study criminal case, accused the State of not having its house in order and delaying the trial. Senior Counsel (SC) Advocate Kenny Oldwage, told Free State Deputy President Judge Martha Mbhele that the State has on numerous occasions asked irregular questions. Also Senior Counsel (SC) Advocate Michael Hellens, said the accused in the matter cannot be expected to help the State to prosecute its own case. However, Senior Counsel (SC) and Advocate Cassim Nazeer, representing the State, vehemently denied and rejected the accusations that the state was to blame for the delays.

Adv. Nazeer said the accused were not being cooperative with the state and this proved difficult for the case. He said there had been little progress on the case management. 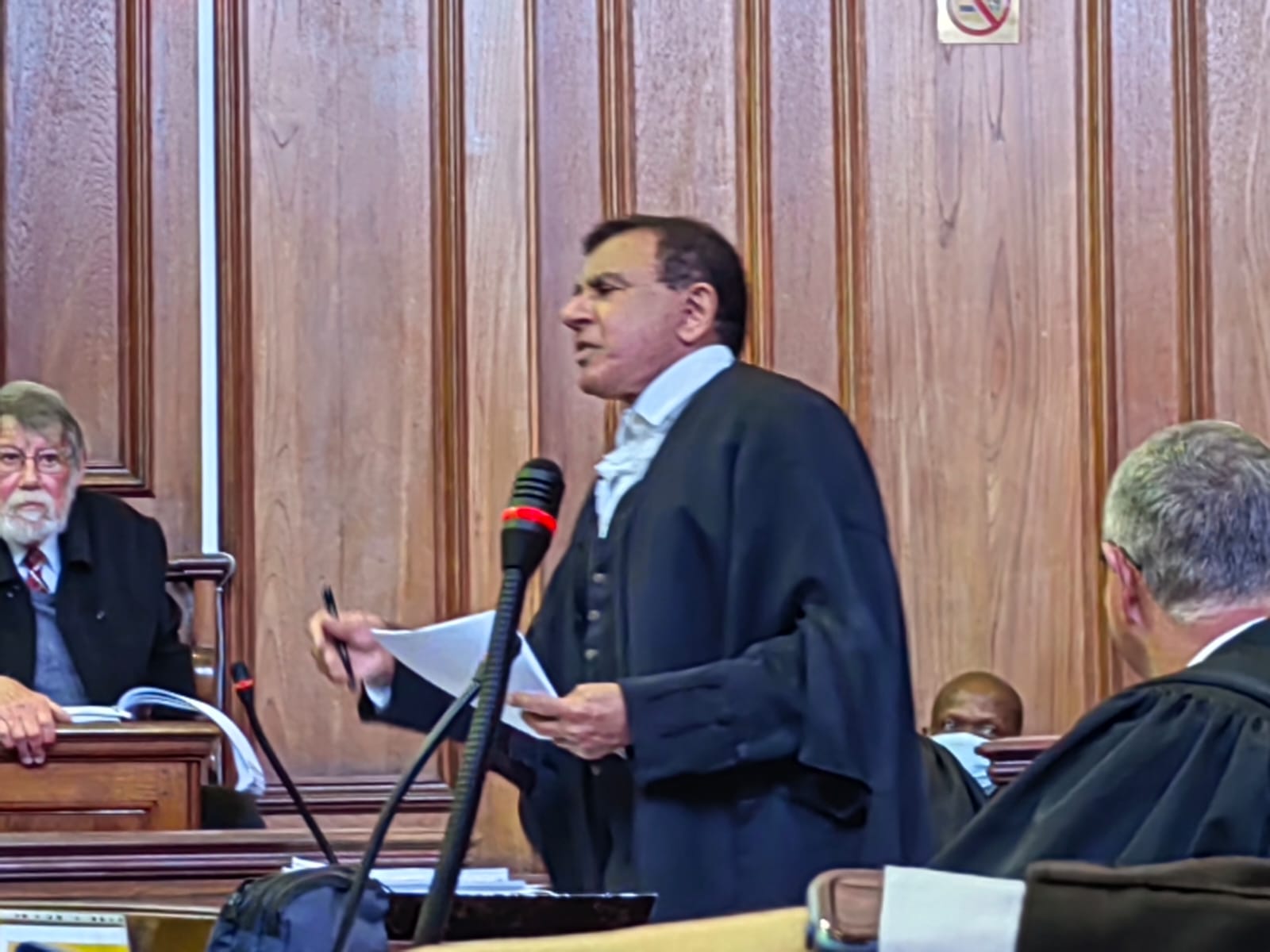 Judge Mbhele also raised her concerns with the delays on the case. She told the State that she had postponed the matter and given parties involved in the matter four months to exchange documents.

"I gave you four months to deal with those issues so that if I come here today, I must be told that there has been progress that we can continue. But we can't continue without knowing what has been done and if the parties are not interested to make any progress in the matter, I will make sure they do it," Mbhele told the State's Adv. Nazeer.

The matter even had to stand down for at least five minutes after sparks flew during submissions by Adv. Hellens representing Islandsite and Ronica Ragavan. 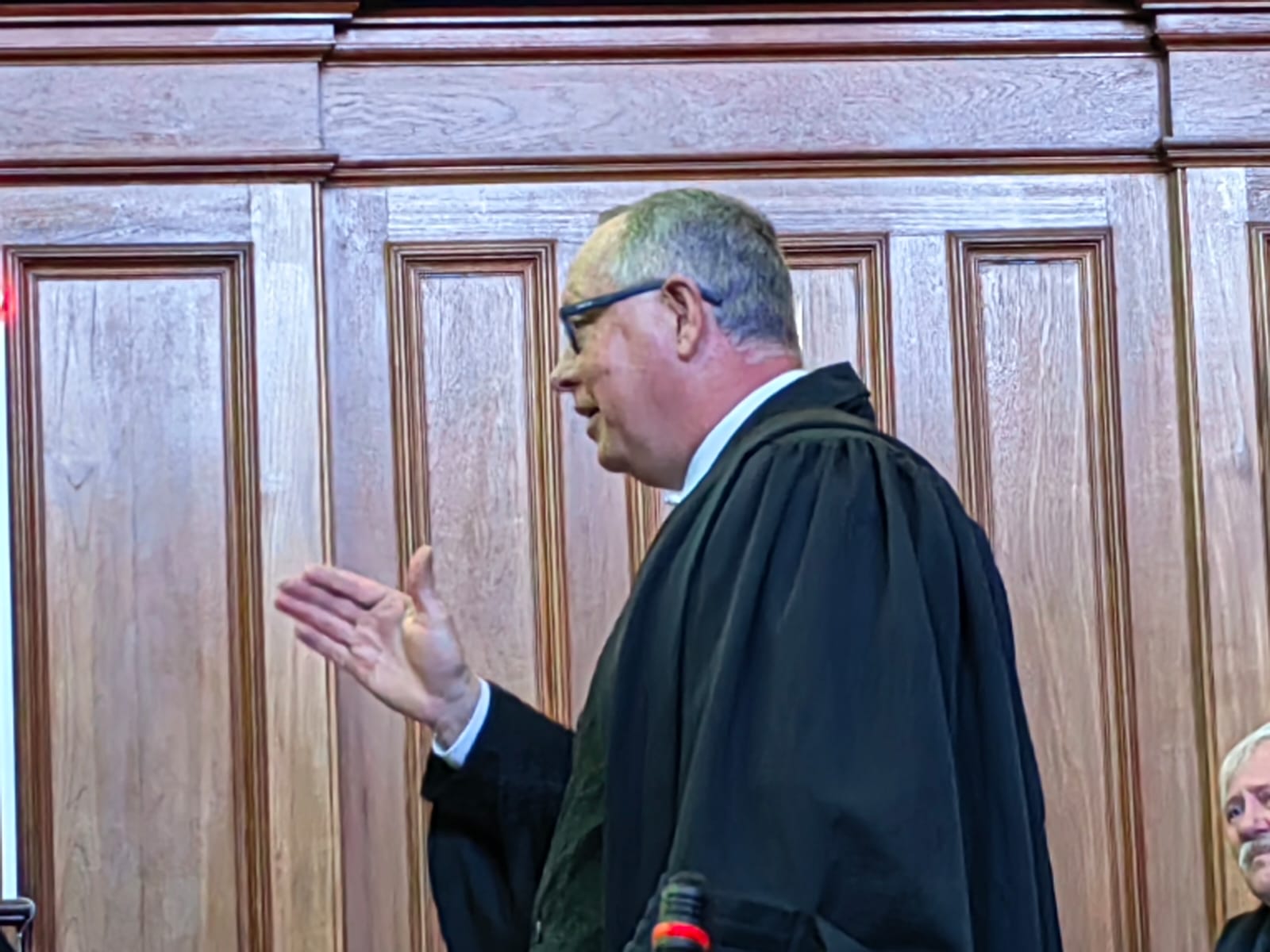 It was a tit for tat between Adv. Hellens and Adv. Cassim with Cassim accusing Hellens of taking cheap shots at him. Issues of the 212b notice was mostly at the centre of the heated debate between the State and defence lawyers.

As per Adv. Cassim's argument, it's understood that some of the accused have submitted these notices whilst others failed to do so but with reasons.

Adv. Oldwage asked Mbhele to direct Adv. Cassim, representing the State, to confirm if the investigations into the matter have been concluded or not. He said there seems to be evidence which seems to come up now and then from the State.

According to the National Prosecuting Authority's (NPA) Investigative Directorate (ID) spokesperson, Sindisiwe Seboka, the matter pertains to procurement fraud involving R24,9 million paid between November 2011 and April 2012 by the Free State Department of Agriculture to Nulane Investments, a company owned and controlled by Iqbal Sharma.

"From there the funds were diverted to Islandsite Investments. The R24,9 million was paid to Nulane purportedly to conduct a feasibility study for the Free State’s flagship, Mohoma Mobung project, on the basis that Nulane had unique skills to perform the work. This is one of the key state capture related matters that has been before court since June 2021 and it is an important milestone that the pre-trial court appearance coincides with the final installment of the Zondo Commission's report. This reflects the significant work and traction that the ID has already done in some of these key state capture matters," Seboka adds.

The accused in the matter are Ronica Ragavan, who stands accused in her personal capacity and in her representative capacity as a director of Islandsite Investments Pty Ltd, a company owned by the Gupta family, as accused 7.

The other accused in the matter include former Transnet Board member Sharma, former Free State HOD for Rural Development, Peter Thabethe, and former Chief Financial Officer, Seipati Dhlamini, as they face charges of fraud and money laundering. The former government officials are also charged with contravention of the Public Finance Management Act. The group is charged together with two companies, Nulane Investments 204 (Pty) Ltd and Islandsite Investments Pty Ltd.

A trial in the matter is scheduled to be heard next year from 23 January to 3 March.