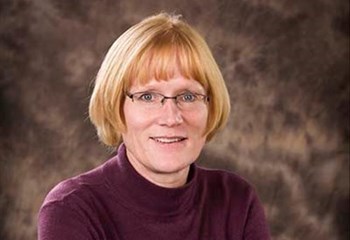 Professor Maryke Labuschagne. Photo: Supplied.
Research into crop quality breeding and disease resistance has received a boost after the University of the Free State’s Department of Plant Sciences was awarded a Research Chair by the SA Research Chairs Initiative (SARChI).

The Chair will be headed by Professor Maryke Labuschagne. According to a statement, she believes food security is key to stability and prosperity in Africa. She says research by her and her students focuses on genetic improvement of food security crops in Africa by bettering yields, drought tolerance, disease and insect resistance, and nutritional value.

According to the National Research Foundation (NRF) website, the SARChI was established in 2006 by the Department of Science and Technology (DST) and the NRF. It is designed to attract and retain excellence in research and innovation at South African public universities through the establishment of Research Chairs at public universities in South Africa with a long-term investment trajectory of up to fifteen years.

About the Writer:
SABRINA DEAN


Sabrina Dean is a true nature's child, in love with the outdoors, animals and beautiful things. She was born and bred in Pretoria but recently relocated to Bloemfontein and is wondering where the Free State has been hiding all her life. She has a fantastic partner, three dogs and two horses. Her greatest dream is to set foot on every continent at least once in her life.