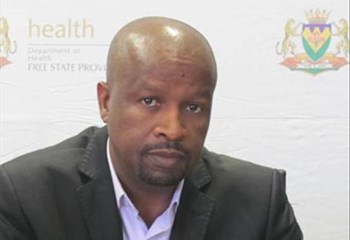 He received the accolade at the 96th Glen College of Agriculture Graduation Ceremony at the JN du Plessis Hall in Glen just outside Bloemfontein, on Friday.

Malakoane congratulated the students for reaping the rewards of three years' hard work and encouraged the graduates to seize the opportunities their education would provide for them.

He also urged more students to enrol in agriculture and farm-related courses in order to make a difference in their respective communities.

The event commenced with a procession led by Malakoane and the high delegation of the college, including the principal, Melvin Makangu.

According to Makangu, it was a special day for the graduates but most importantly, for the college, which will reach the milestone of celebrating 100 years, this year.

Another highlight was the honouring of employees who worked for the university for the last thirty years.

Malakoane, the current MEC of Agriculture, has previously sat on the boards of several companies and also worked as Chief Executive Officer of Bloem Water. He also worked as municipal manager at Matjhabeng Local Municipality before being roped in as MEC of Health in the Free State. Before joining the department of agriculture, Malakoane worked briefly as MEC of Tourism, Environmental and Economic Affairs.

Makangu said it was the first time in the history of the college they were bestowing an honorary diploma to someone who never studied Agriculture.

He added Malakoane's work spoke volumes, and his passion for agriculture was enormous.