Agri podcast: Farmers across the Free State are angered by the damaged roads

Farmers across the Free State are angered by the damaged roads as they say their farming processes are consistently inhibited by these damaged roads.

Farmers across the Free State are angered by the damaged roads as they say their farming processes are consistently inhibited by these damaged roads. According to Jan Briel, a farmer from the Reitz East area, says that the Reitz/Warden dirt road is in such a bad condition that even a four-wheel drive struggles to drive there. Briel says the problem is that the underground drainage pipes are so clogged due to the negligence of the Department of Roads, that water pushes over the road and makes it impassable. He says they have taken matters into their own hands by repairing the roads since April. Briel mentions that farmers from the area have the road scraped twice a year by a private contractor, at a cost of R5 000 per farmer. This is a grain area and farmers are dependent on the road to be able to deliver their products to silos, explains Briel. He adds that they are currently harvesting soybeans and maize and simply cannot sit back and wait for the department. Meanwhile, the farm workers are also struggling to move on the road with their own vehicles and that is why they all help to repair the roads, says Briel.

Bail has been granted to three accused in the Leeudoringstad Magistrate's court in the North West after being charged with defrauding farmers of R12 million. The National Prosecuting Authority’s spokesperson, Henry Mamothame, tells OFM News that two of the three accused face charges of fraud, money laundering and the contravention of the Tax Administration Act to the value of R2,3 million. According to Mamothame it is alleged that farmers who are clients of Suidwes Landbou, approached Ludi van Heerden, who is an Internal Auditor, and registered a complaint about fraudulent transactions in their accounts on goods they haven’t purchased. These orders would allegedly be generated after receiving instructions from Barend Jacobus van Loggerenberg, who is an agent for Agri Trade Noordwes (Pty) Ltd, a company that is also under investigation, says Mamothame.

The Northern Cape Department of Agriculture, Environmental Affairs, Rural Development, and Land Reform will convene district farmers of Makgotla, starting in the Namakwa region this week. The departmental spokesperson, Zandisile Luphahla, tells OFM News that MEC Mase Manopole will head these meetings or Makgotlas. He says that this comes after the MEC engaged women in the sector through district webinars last year, which identified the barriers of female participation in the sector. He adds that participants will be drawn from the Land Reform and Food Security Beneficiaries, youth, women and farmers with disabilities, representation of different communities in each district and communal farmers. He says that the Makgotla is set to commence on the 12th of May at the Namakwa Guest Farm. 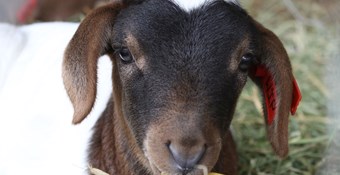