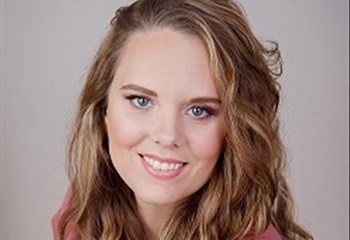 Vicki Fourie
Throughout the month of May, OFM Nights introduced you to various individuals from different backgrounds, who have incredible journeys to share. Tonight we continue the inspiration and catch up with Vicki Fourie from Bloemfontein again....

You next catch her at:

Is This As Good As It Gets?

Tonight I want to share something with you, something that happened in my life a few years back. It was an absolute unexpected miracle, and I never expected it to happen to me. It really changed the quality of my life for the better.

I had cochlear implants! I was 23 years old when I had my first implant, and two years later I did my other ear as well.

Before that, I only had 3 percent hearing, and with my hearing aids I heard 40%. But now, with the implants, after months of therapy and rehab I can now hear up to 80%! It is so wonderful to see how the world opened up for me.

So for the first time I could hear the birds tweeting outside, the dogs barking in the distance (which is not always a good thing), I could also understand music so much better. Before the implants, music was mostly just noise.

I was only able to hear 4 frequencies, but now I can hear up to 22 frequencies with my cochlear implants.

Music is so much deeper and richer now. The world is much more colourful and interesting.

The one thing that really changed in my life was driving in the car. When there were conversations going on in the car, I couldn’t follow what was going on. The people sitting in the front would have their backs at me, and it was hard to lip-read and see the ones sitting next to me. So car conversations were always a no for me. Even when I would drive myself, I had to focus on the road and not turn around to read people’s lips.

After getting the implants, I could follow conversation for the first time, even when I’m the one driving!

I’m trusting with you guys for a breakthrough in the challenges you have, unexpected breakthroughs you never thought would happen.

This is not as good as it gets, it’s going to get better. Just keep going, expect those miracles to show up in unexpected ways.

I know it did for me. The impossible really became possible.

Be blessed tonight, guys. Your breakthrough is on its way.