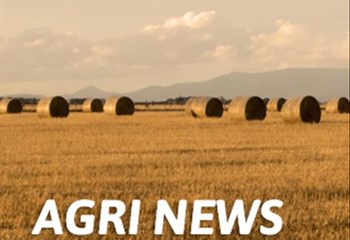 With Easter weekend a week away, police in the Eastern Free State are working around the clock to fight livestock theft.

This, after Bethlehem police recovered stolen cattle and sheep in the Clarens, Rosendal, and Bethlehem areas in the last few days. According to police spokesperson Brigadier Sam Makhele livestock to the value of R200 000 was stolen in the Eastern parts of the province just this week. Makhele says a 35-year-old man was arrested and four head of cattle qith an estimated value of R60 000 was recovered in Bethlehem on Wednesday after Bethlehem Crime Intelligence, Visible Policing, and the Fouriesburg Stock Theft Unit reacted to information about suspicious cattle. In another incident, on Thursday, in Paul Roux, 45 sheep estimated to cost R135 000 were found hidden inside a disused building at a nearby farm. According to Makhele the animals had been stolen the previous night in Rosendal. Members of Fouriesburg Stock Theft Unit had followed tracks from the Rosendal farm. Also on Thursday,   police in Bethlehem, Visible Policing, and the K9 Unit recovered   another 13 sheep at an open space near Bethlehem. Several suspects are expected to appear in court soon. Makhele urged farmers to be vigilant this time of the season and says police would be doubling their efforts to fight the ever increasing livestock theft.

In a bid to make sure the safety of farmers across the province is guaranteed, Free State Agriculture (FSA) received a whopping R755 000 from VKB for their Safety Desk. According to Gerhard Kriel, Chief Executive Officer of FSA, VKB, who are this year celebrating their centenary, have since yesterday  raised R145 000 more than last year with their VKB Farm Safety Golf Day to support producers. A total of 39 teams participated in the golf day and competed for prizes worth around R90 000. According to Dr Jane Buys, Safety and Risk Analyst of FSA, the VKB FSA Safety Desk has a dual purpose. She says their primary objective is to empower and expand internal security structures at ground level to address crime as well as safety prevention.

#Coronavirus: Over 2,000 screened in Mangaung during Easter Weekend

Good Morning Breakfast on OFM: Pickled Fish and Hot Cross Buns gets thumbs up from Shandor

Man arrested for alleged theft of 30 sheep in NW