#CoronavirusSA: We will use #Covid19 crisis to intervene in economy 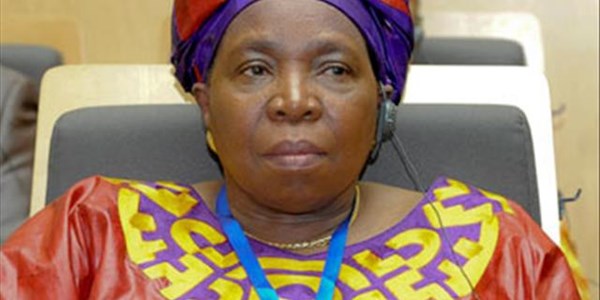 The South African government will use the Covid-19 health crisis to correct the imbalances in the economy that the pandemic has highlighted, Cooperative Governance and Traditional Affairs Minister, Nkosazana Dlamini-Zuma said on Tuesday.

Dlamini-Zuma said it has exposed imbalances in the structure of the local economy and the government was adamant that these needed to be corrected, even as it focused its resources on combating the virus.

She said the aim of government's interventions was to ensure that "every district has a vibrant economy".

The minister was responding to questions from opposition members of Parliament (MPs) on what they criticised as a tendency to prioritise redistribution objectives while extending economic relief in the context of the health crisis.

Some flatly accused Dlamini-Zuma of using Covid-19 national disaster regulations to erode the relative privilege of the middle class and strengthen state-control of the economy, in an echo of similar criticism lobbed at Trade and Industry Minister Ebrahim Patel in recent weeks.

The government has come under fire from the opposition for its decision to restrict Covid-19 related economic relief for small businesses to those who satisfy broad-based black economic empowerment criteria, with the Democratic Alliance filing court papers to oppose it.

The move has also been criticised by Finance Minister Tito Mboweni who two weeks ago told MPs that race was a "vexed" matter and should not come into play in the current crisis.

Eskom: Stage 2 from 9pm until 5am Monday