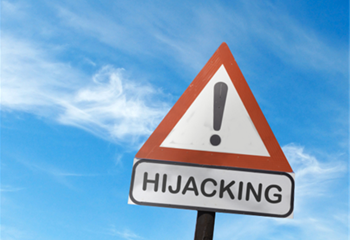 Scam syndicates are targeting high-value vehicles from all major tracking providers with the most sought-after vehicles being high-end SUVs and one-ton LDVs.

Executive for operational services at Tracker, Ron Knott-Craig, said at the top of the list of the most recent crime index is Johannesburg which accounted for 7% of hijackings, Mitchells Plain 6%, Pretoria 5%, Durban 4%, and Soweto 4%.

“A month ago, we issued an alert to e-hailing services to inform them of the hijacking because they were being targeted. Some adhered to it while some ignored the call. We have asked them not to respond to these areas in the evenings and at night and we have asked clients to request,” said Makasi.

He added that this was a disadvantage to people who need the service. Especially during the festive season where there will be drinking. He said until the problem is solved this was the call for now.

Director at the National Hijacking Prevention Academy, Richard Brussow, said Nyanga had the most reported incidents, at 257, compared to other precincts. He said more incidents of hijackings took place in townships than the inner city, adding that hijackings mainly occurred in Khayelitsha, while theft was highest in Cape Town central.

Other hijacking hotspots in the province include Harare, Delft, Mfuleni, Milnerton and Kraaifontein.

Netstar’s operations executive, Charles Morgan, said the hotspots for them around the country included Soweto, Mamelodi, KwaMashu, Nyanga and Browns Farm. And in Johannesburg: Soweto, Tembisa, and the outer parts Johannesburg.