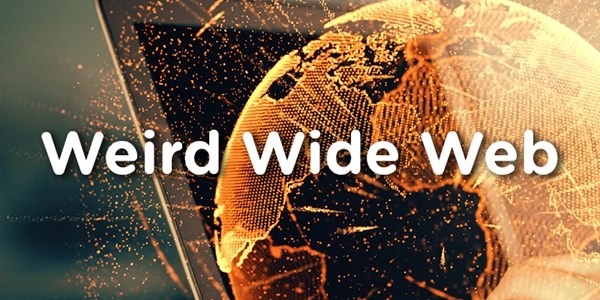 Otzi is one of the oldest and greatest mummy specimens in the world. So well preserved, perhaps, that he is still making his mark on the lives of those trying to tell his story.

High in a remote area of the Ötztal Alps in northern Italy some 5,300 years ago, Ötzi the Iceman was shot in the back with an arrow. Struck in a main artery, he likely bled to death within minutes and was near-perfectly preserved in the ice. Ötzi has become one of the oldest and greatest mummy specimens in the world. So well preserved, perhaps, that he is still making his mark on the lives of those trying to tell his story.

The question: Is the Iceman cursed?

Ötzi was first discovered in 1991 and quickly became a fascination for researchers, archeologists, and scientists. As research began, a shocking amount of people related to the finding of the famous mummy began to die premature deaths. The first: Rainer Henn in 1992.

Head of the forensic team examining Ötzi, Henn was one of the first people to make close contact with the Iceman — picking up the cadaver with his bare hands to place it in a body bag. Henn died in a car crash on his way to give a lecture about his findings.

This is just the beginning of the alleged curse…

Not long after, Kurt Fritz, the mountaineer who led Henn to Ötzi’s body, died in an avalanche. An experienced climber who knew the area well, Fritz was the only member of his party to be struck.

A few months after Fritz’s passing, the only man granted access to film Otzi’s removal from the mountain, Austrian journalist Rainer Hoelzl, died at age 47 of a brain tumor — only months after releasing an hour-long documentary of the excavation.

But perhaps the creepiest death of all was that of Helmut Simon.

Simon was one of the German tourists who originally found Ötzi in 1991 — he was also found dead, frozen in ice near the same spot in 2004. He had fallen to his death during a freak blizzard. Within an hour of Simon’s funeral, Dieter Warnecke, the head of the mountain rescue team sent to find him, died of a heart attack.

IT DOESN’T END THERE…

The following year, archeologist Konrad Spindler, who first inspected Ötzi’s remains and publicly scoffed at the curse — declaring, “It is all a media hype. The next thing you will be saying I will be next.” — died of complications from multiple sclerosis.

Lastly, Dr. Tom Loy. Loy carried out a DNA analysis on Ötzi, piecing together the Stone Age story of his death and debunking the theory that he died alone thanks to trace elements of human blood found on his clothes. The discovery was groundbreaking, and Loy was on the cusp of finishing a book about it when he was found dead in his Brisbane home at the age of 63.

Loy did not believe in the curse either — taking a very scientific approach to a peculiar pattern, much like his colleagues. But at 63, in fair health, and one of seven, it’s fair to raise an eyebrow. However, the truth is, it’s easy to create patterns when you are looking for them. Many other scientists, journalists, photographers, and others have studied Ötzi and gone on to live full lives.

Alas, the legend continues and these days, Ötzi the Iceman rests in a refrigerated room at the South Tyrol Archaeological Museum in Bolzano, Italy. He attracts about 300,000 visitors a year.

Do you dare to put the curse to the test and visit yourself — possibly becoming victim number eight of the Iceman curse? Learn about Ötzi through the pages of Ripley’s latest annual, Out of the Box.

Weird Wide Web - The Curse of Otzi The Iceman:

Obsession of the week - Clckr Stand